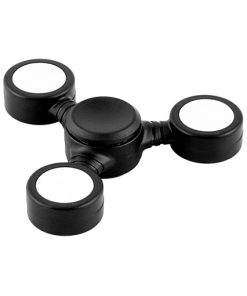 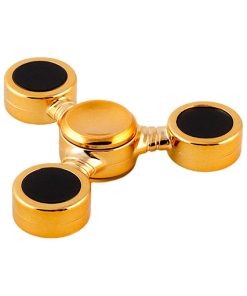 The Peach Tri Fidget Spinner is a Fidget Spinner with three arms, and at the tip of each arm is a cylinder with a round weight in its middle. This spinner sits very good in your hand and spins for about 2-3 minutes. Available in two variants with slightly different materials. Read more below.

With its diameter of 70 mm, the Peach Tri Fidget Spinner is almost as large as a regular Fidget Spinner. The quality of this spinner is much better than the original spinner and spins more smoothly and longer. The two variants are very similar to each other, but there are two small differences. The gold version has a blank reflective lacquer that almost feels metallic, whereas the black variant has a Matt black surface. Both variants have the same weight of 53 grams and the spinning is roughly equivalent.